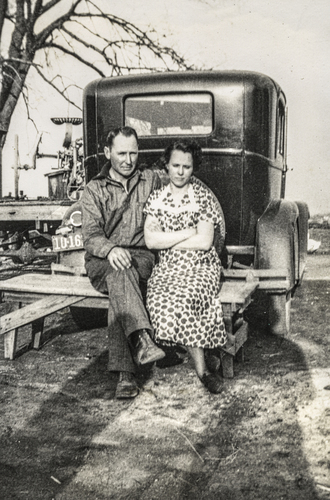 Just another farm photo you say? I could not disagree more. Fred and Thelma cannot bear to watch as a piece of their farm equipment is hauled away on a flatbed truck. Look to the left of the car. This is Kansas during the Dust Bowl. The farm equipment appears to be a horse drawn plow or hay rake. I would argue that they are selling off pieces of their farm in order to pay for the necessities of life. Farms became unproductive and many farms were eventually abandoned as their owners moved to California and elsewhere. Normally I would object to the photographer’s shadow in this photo, but the significance of the photo outweighs any technical defects in my opinion. A very sad day indeed as we can see by the expressions on their faces. 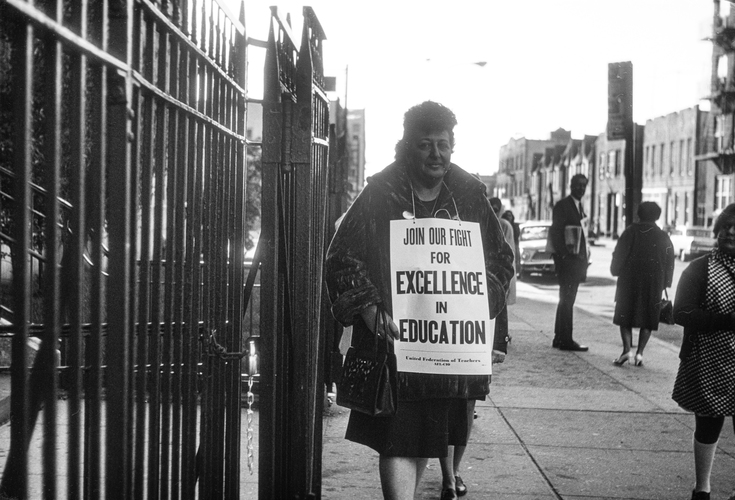 Newsday reported today (January 29, 2023) – “31,000 LI Educators Make $100G+”. As a retired NYC high school teacher I feel qualified to speak on this subject. Several members of my family past and present were and are in the education field. If anyone thinks that this is an easy gig I say you’re welcome to try. A vibrant education system attracts the best qualified personnel, and the school taxes you pay keeps the value of your home high. The photo in this blog, “UFT ON STRIKE“,  was taken on September 11, 1967 outside P. S. 176 in Brooklyn, N. Y. by me. Average elementary school teacher salary at the end of the 1966 school year was $6,279. The lady in the photo was my Mom. She was the school secretary and did not make nearly the salary of a teacher. She died 2 years and 18 days after I took this photo. 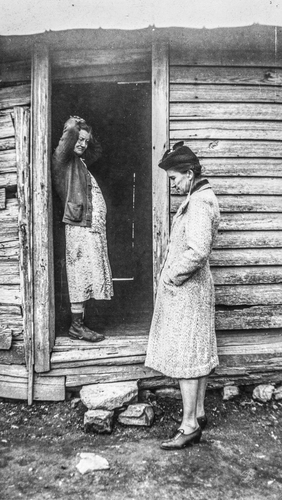 There is not much commentary one can add to “Despair“; Elkmont, Alabama (1933). In this case a picture is worth 1,000 words. Tragic times during the Great Depression. Tragic for many people. This is the type of photo often seen in the work of the Farm Security Administration photographers during the 1930s. But this photo is not one of them. 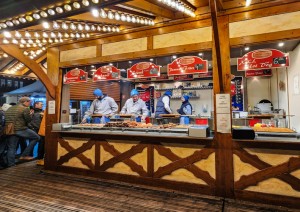 Freedom tastes good. You can certainly feel it and smell it from the photos sent to us by our newest contributing photojournalist, Gary Luciano, on his trip to Berlin, Germany (November-December 2022). Gary is based in Texas. I have a passion for night photography and Gary’s work well defines Berlin’s appreciation for freedom. Only a people who have lost their freedom can truly understand what it means to regain it. 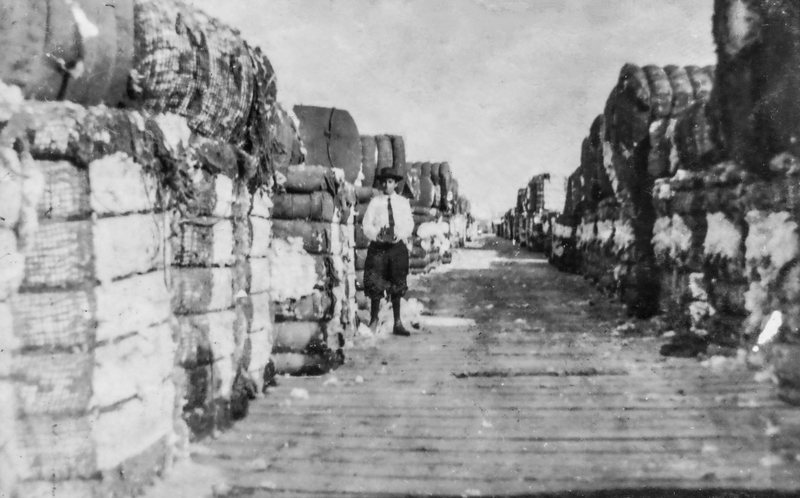 You have to ask yourself just how many cotton pickers (nee: slaves) would it take to pick this much cotton? That was my first thought upon seeing this photo. A virtual mountain of cotton bales waiting for shipment on a dock as far as the eye could see. You need to see something like this to understand the magnitude and also the attended suffering of cotton pickers in this industry. 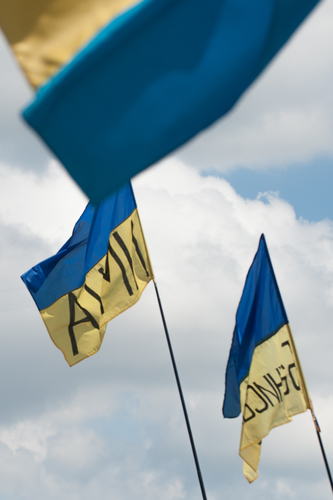 Glory to Ukraine! I grew up with my mother’s family. I remember as a child asking my grandmother where in Europe did our family come from? The answer was Austria-Hungary. I didn’t think much of it at the time. As I learned later the Austro-Hungarian Empire was on the losing side in World War I. But as my family seemed well educated I assumed that the family’s roots were probably in Vienna, a great cultural capital at the time. Assume nothing. Many decades later using Ancestry.com I discovered that one of my grandmother’s brothers who emigrated from Europe along with my great grandparents and a sister listed Kolomiyya as his home of record. My grandmother had spoke often of Galacia, which also no longer exists except in the memory of the very old. Kolomiyya is located on the east bank of the Prut River in what today is Ukraine. At the time it was at the very far eastern edge of the Austro-Hungarian realm. I would argue that the family in earlier times had migrated from central Europe eastward to eventually settle in Kolomiyya. Kolomiyya was a thriving city offering good opportunities. There were many other families living there with the same surname as my great grandparents. Over time, things got ugly and my great grandparents along with two of their eventually six children left by a ship using steam power and sails for America from Hamburg in the 1890s. So this is my connection to Ukraine.

From the moment the first Russian tank crossed into Ukraine Putin’s fate was sealed. He is finished, but he doesn’t yet know it. Mikhail Gorbachev once said that Russia cannot live without Ukraine. Probably true. It’s too cold in Russia to grow the food necessary to support its people. Ukraine has lots of wheat. Russia has lot of oil and gas. It seems to be a simple matter of a trade agreement in the 21st century. No need for an invasion. Ukraine will always, geographically speaking, be next to Russia. But Ukraine has a brutal history of relations with Russia going back to Catherine the Great and more recently Stalin. They will never surrender to what they know is in store for them if Putin is successful. You cannot think that Ukraine is the endgame for Putin. Moldova would surely be next followed by the Baltic nations. By the way, my father’s ancestors came from Lithuania. Eventually, Putin would move on the rest of eastern Europe. Let us not make another Sudetenland out of Ukraine. 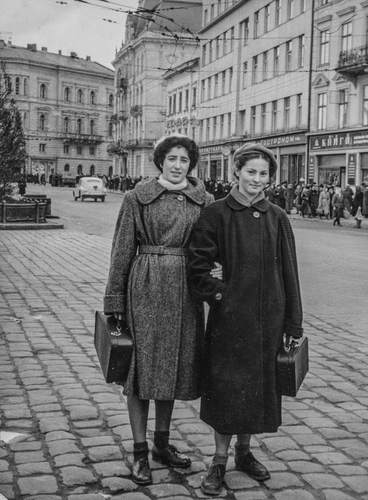 With all due respect to the lovely young women in this photo my attention was drawn to the line of people stretching for several blocks behind them. During Soviet times consumer goods were always scarce especially Western imports. As these goods were made available people often chose to take time off from work in the hopes of obtaining them. The queue in this photo represents such a situation. You don’t really think that they were lining up for concert tickets, do you? Anyway, one item often mentioned at the time was Italian ladies shoes. Bear in mind that even if you managed to get to the front of the line the shoes given to you might be the wrong size. The people knew this but because they had value the shoes could be bartered for something else. So was the state of the economy for decades until the Soviet Union finally collapsed. Their command economy was driven to build weapons not consumer goods. 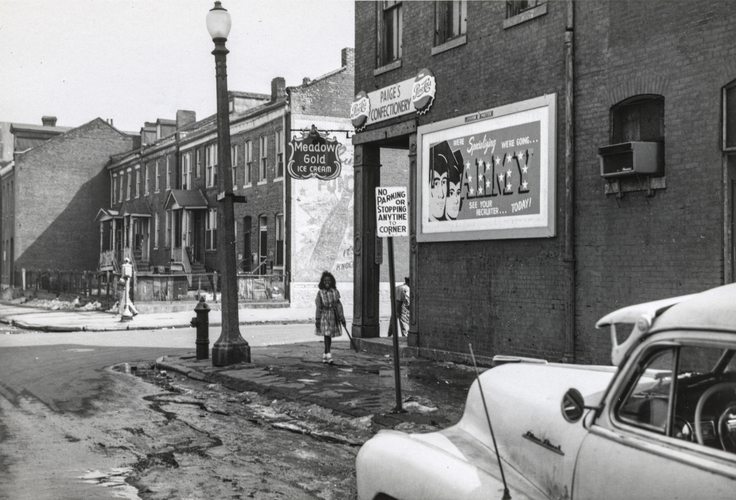 I would argue that most photojournalists are not particularly concerned with lighting situations, but rather only to the extent as to whether there is enough light to capture the image. In the studio lighting can be controlled. In the real world perfect lighting is fleeting. A cloud covers the sun for a moment. Reflections, rain and all sorts of interruptions to a perfect lighting condition are possible. So it is that “St. Louis: Cole & 16th Streets” c.1949 is all the more remarkable for capturing the decisive moment as Henri Cartier-Bresson would say. 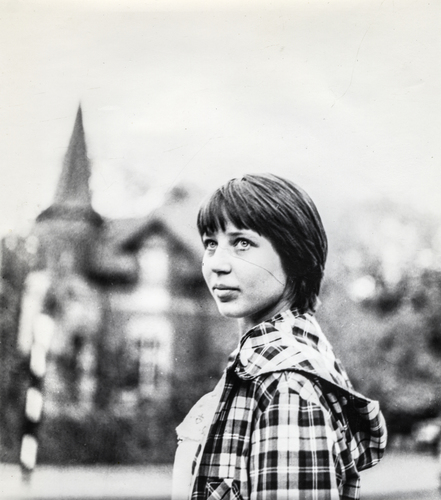 If you appreciate great photography you will recall with admiration Steve McCurry’s photograph “Afghan Girl”. His photo of Sharbat Gula in an Afghan refugee camp in 1984 was on the cover of National Geographic in June 1985. A haunting image it has stood the test of time and remains a truly outstanding work. Attention is now given to the war in Ukraine, so when we came upon “Ukrainian Girl” c.1980 we immediately made the connection with Sharbat Gula. Maybe it’s her eyes that captivate us as was the case with Gula’s. In any event this photo came to us direct from Kyiv, a city without power and water in the middle of a war zone. Speaks volumes about Ukrainians. 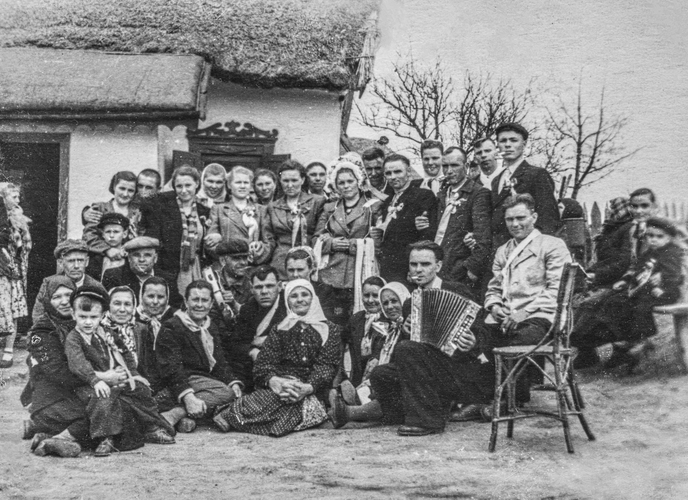 The mail must go through! We recently purchased several photos from Ukraine. Shown here is “Ukrainian Wedding“, c.1938. This is a traditional Ukrainian wedding scene. But the country is now at war! This photo came to us by way of Kyiv and with power and water cuts to Kyiv delivery could be in peril. The photo arrived in a little over a week. Future deliveries in these wartime conditions may never arrive. Mail from some European countries has taken as long as a month or longer to reach the United States and they are not in an active war situation. A people as steadfast as the Ukrainians need to be saved. 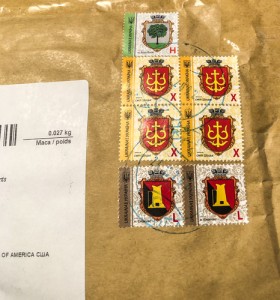