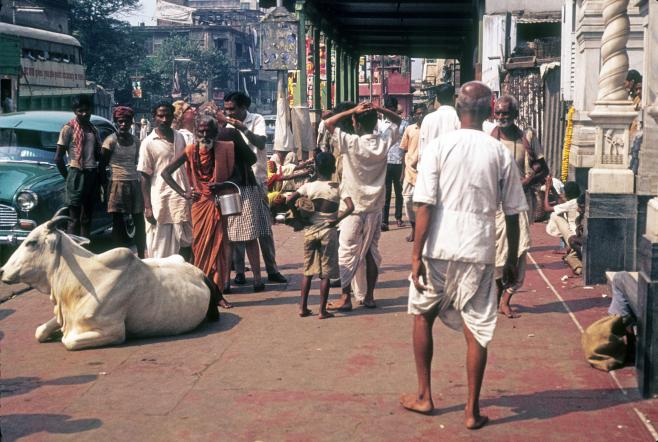 Assignment photography in a country other than one’s own presents a number of challenges. Travel connections, funding, medical issues, safety, language, customs are but to name a few. All things being equal, we at DPI prefer to employ indigenous photographers to avoid these roadblocks in completing a successful assignment.

When traveling through the developing countries of Latin America, Africa and Southeast Asia in particular, a Western photographer is confronted with children everywhere. The populations in these areas tend to be younger than in Western Europe and the United States, and so we see youngsters in the military as well as in city and rural areas. You will notice that we have many photos of children from various countries on the DPI website as they are mostly very curious about outsiders. On occasion, you can detect mistrust in their expressions, but they are overwhelmingly just curious.

Toleration
A photojournalist traveling in foreign lands needs to be respectful of the people who inhabit these areas. Respect of customs, language, respect for different religions, race and so on is crucial. In a word, toleration. As you view a different culture for a period of time you begin to realize that we are really all more alike than different.  Once the culture shock wears off you are then immersed in the new norm. Learning the customs and language of the assignment area results in a more successful trip.

Holy Man and the Sacred Cow is our lead photo. This would be an uncommon scene in the West but not so in India. Family in the Philippines shows a typical family’s living conditions. Watchful Eyes in Haiti shows a mistrust of foreign missionary workers. Hieroglyphics in Egypt sums up in one photo the majesty that was ancient Egypt. Children of Bihari shot in Bangladesh illustrates this point concerning the multitudes of children seen in the developing world. These children were lucky to be part of a feeding program for the very poor. 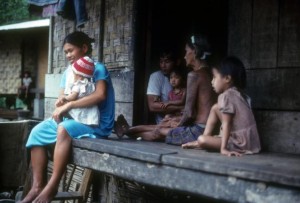 Japanese Woman and Child was shot in Miyajima, Japan in 1928. Only a few miles from Hiroshima, the photo takes on new meaning considering that the first atomic bomb used in warfare was dropped on this site 17 years later. The mother seems to be most suspicious of outsiders. Schoolgirls was shot in Tehran, Iran before the Islamic Revolution. The chador is common site. Aberdeen, Hong Kong is one of many classic images that we have at DPI of Hong Kong. This image of Aberdeen could not be mistaken for any other part of the world; it needs no further explanation. The photo symbolizes Hong Kong.  Some images need further explanation as the country of origin is not immediately apparent.

Butterfly Net Fisherman was shot in Mexico. On the other hand, Cambodian Villagers is clearly Cambodia. It could not be mistaken for Thailand, Vietnam or another Southeast Asian country. Asaro Mudmen might be confused with the Amazon or parts of Africa but it was actually shot in Papua-New Guinea. Blowgun, by contrast, was shot in the Amazon region of Peru as we see a member of the Yaguas tribe demonstrating. Finally, Aborigine Gathering does not need to be identified as to the general location as this scene could only been observed in Australia. 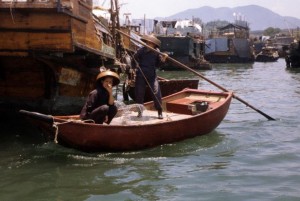