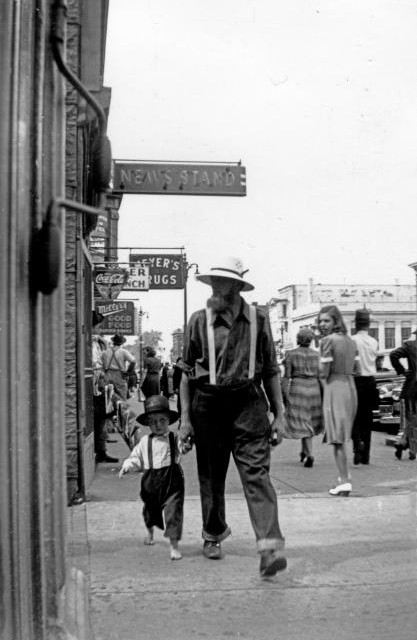 Photographers tend to specialize in a particular discipline. Some shoot only weddings, while others may shoot only babies, or railroads, landscapes, portraits, etc. There was a recent report of a photographer who decided that he wanted to shoot only funerals. For us at DPI it is about people in their environment. This is the nature of photojournalism and documentary photography. It is useful to think in terms of sectionalism or regionalism from a photographer’s perspective as this will facilitate focusing on a location to which access is easily attainable.

Amish communities are found not only in Pennsylvania but in many states further west and south and even east for that matter. Documenting the Amish is not an easy task as they have separated themselves from mainstream society in the United States. With deep respect we present this essay on the Amish in order to foster the spirit of toleration among all peoples. 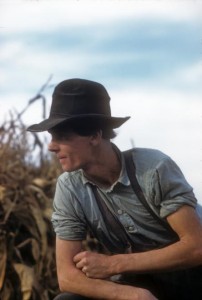 Amish Among the English is our lead photo. An Amish man and his son draw stares on a street in Goshen, Indiana. A hardware store in Uniontown, Ohio caters to an Amish clientel. Note the buggies on the roof. The First National Bank, provides a hitching post for its Amish customers in Intercourse, Pennsylvania. An Amish Gentleman stands proud outside a government building. An Amish Buggy travels down the highway in Lancaster County, Pennsylvania in the early morning light. As the old order Amish do not use electricity these buggies have adopted triangular reflectors to prevent collisions with oncoming auto traffic. This photo predates that motor vehicle department regulation. The Amish Young Man looks out on his crop and hope for a good life. Amish Pioneers documents early Amish settlers in Montana as Amish communities spread westward. The Delivery Wagon brought supplies to the local Amish population in Ohio. Another well known hardware store was Zimmerman’s Hardware Store in Intercourse, Pennsylvania. 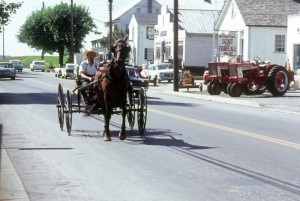