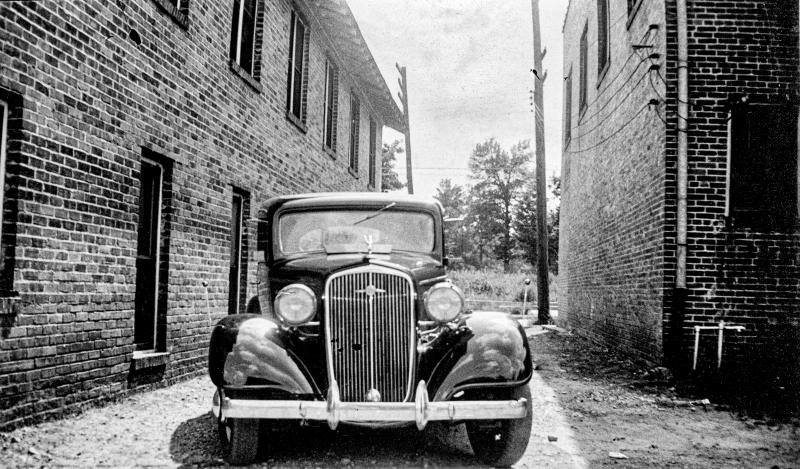 Symbolic writing has been used to criticize authorities without identifying the author.  This was particularly evident during the times preceding the French Revolution by such writers as Voltaire and Rousseau.  To put their true name on such documents would have meant certain death.  We use photos, symbolically, to advance messages not immediately apparent.

In this essay we present two photos of automobiles from the 1930s.  We have entitled each one “Christine” so named after the movie of the same name.  In the movie, “Christine” is a 1958 Plymouth Belvedere, and for all the story line depicting “Christine” as having an evil personality, we would argue that above all “Christine” is a survivor.  No matter how many times “Christine” is wrecked, burned and crushed she is indomitable.  She is able to weather all attempts to destroy her. 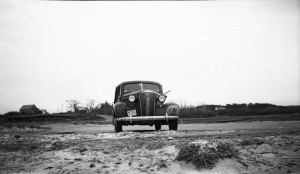 Likewise our “Christines” have been through some hard times.  The Great Depression.  Like the 1958 Plymouth Belvedere in the movie these cars from the 1930s symbolize survival of America through hard times.  At least that is the way we see it.  This happens from time to time.  We see a photo that recalls another time and place.  In the real world we sometimes have an experience of deja vu or maybe a smell that evokes some memory from childhood.  As Ferris Bueller might put it: “Life moves pretty fast.  If you don’t stop and look around once in a while you could miss it.”  The photo on the left was taken in Connecticut in 1949.  A true survivor of hard times.  It is important to note that before modern times an automobile that was five years old with 80,000 miles on the odometer was pretty much considered “finished”.  The evidence of survival for much longer is a testament to the care given to it by its owner(s).