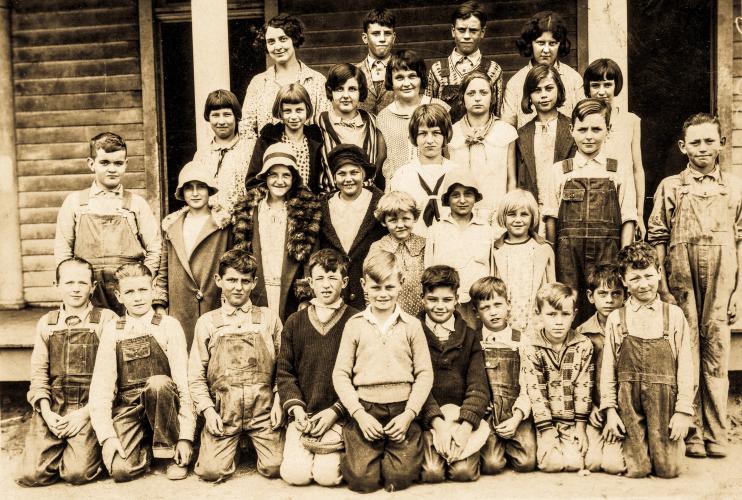 Question:  When is a class photo more than just a class photo?  Answer:  When it is a “Class Photo“, Husdon, Michigan c. 1929 like this one.  This is the first time that we have presented a class photo to our viewers.  It is also presented in the original sepia toned format in which we acquired.  While we could have converted it to black and white, judging from our Facebook response our viewers seem to prefer the sepia as we do.

The photo poses more questions than it contains answers.  I suppose that the same can be said for any class photo or school yearbook, but what make this class photo special is knowing that we are looking at the Greatest Generation in the years right before their mettle would be tested.