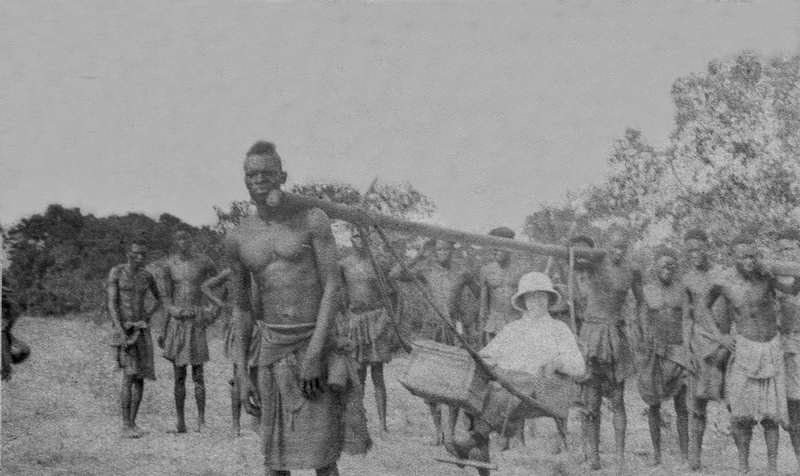 The title of this blog, “White Man’s Burden”, is a shortened version of the title from the poem written by Rudyard Kipling (1899) describing U. S. colonialism in the Philippines. But it has come to symbolize the imperialist experience exerted by the great powers over subjected peoples particularly in Africa. We have always sought to illustrate our blogs, newsletters and website with the best images possible. However, images taken in tropical areas such as sub-Saharan Africa, Vietnam and parts of South America and Southeast Asia reflect the damage done to images as a result of the humid climate. We trust that you will make allowances for our “White Man’s Burden” photo.

As a result of the Berlin Conference (1884-5), King Leopold II of Belgium was granted a personal fief over the Congo. The great powers were dividing the continent between themselves for the purpose of raw materials and prestige as they competed with each other for prominence and preparation for war. The Congo was an important area, and the only area at that time where rubber trees were growing wild. To cultivate a rubber plantation required a lead time of 10 to 15 years. In the Congo the rubber was there for the taking. The period of Leopold’s control of the Congo from 1885 until the Belgian government removed his control in 1908 was vital to Leopold’s goals as rubber was mostly used for the production of bicycle tires. Control of rubber meant a virtual monopoly on the production bicycle tires. To that end, Leopold’s administration of the Congolese was the most brutal of all of the colonial rulers in Africa resulting in nothing less than genocide. Men were separated from the women. Quotas were established. Limbs were cut off if quotas were not met.  Essentially by 1908 production had fallen to unacceptable levels as approximately one half of the local population was killed, about 10 million people, in the quest for rubber to make bicycle tires. The term “red rubber” is associated with this period as so much blood was spilled. Incredible as it seems, the account to read is “King Leopold’s Ghost” (1998) by Adam Hochschild.

Aside from the Kipling poem and Hochschild’s book the earlier classic is “Heart of Darkness” (1899) by Joseph Conrad. Researchers of imperialism in Africa should familiarize themselves with these basic works before further study.