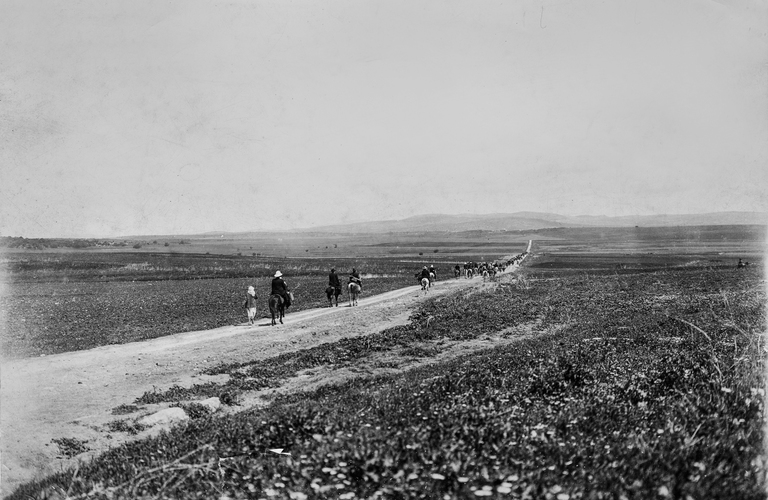 As 2017 unfolds, events in certain theaters seem ready to challenge the accepted world order which has existed since the end of World War II. It would be irresponsible to suggest that we are approaching an “end of days” battle, but it is also becoming clear that new rules are being formulated. The period following World War II has been full of regional wars albeit and thankfully they have not escalated into another World War. At the same time to hold to the view that war is so terrible that no sane leader would not embark upon one is naive.

We think that it is altogether appropriate to present this lead photo at this time given the changing international situation. We call it simply “Armageddon“. The photo shows a Jewish pilgrimage on the Plain of Esdraelon headed toward the city of Harosheth c. 1888. Harosheth was the site of a famous battle in antiquity where the Israelites defeated the King of Caanan. Megiddo lies about 12 miles to the northwest of the Plain of Esdraelon.  It is on this plain that the apocalyptic battle prophesied in the Book of Revelation will take place.