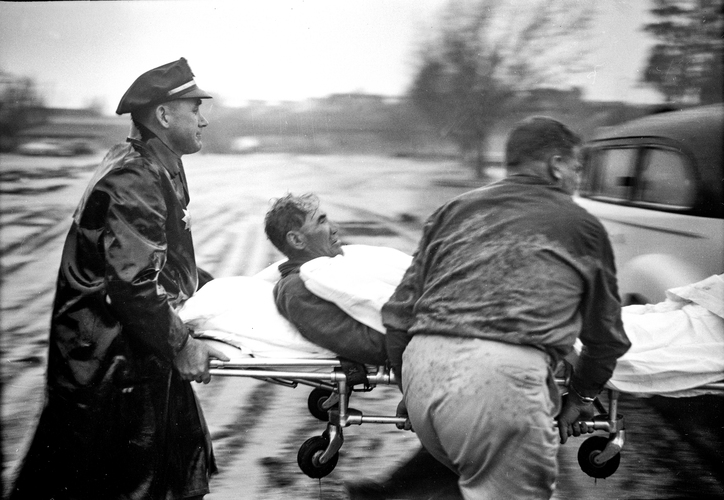 Photojournalists, this is clearly directed at you! Henri Cartier-Bresson coined the phrase “the decisive moment” as to mean the precise moment to trip the shutter in order to capture the essence of a scene. This photo, “Santa Cruz Flood”; Santa Cruz, California (February 9, 1941) would be representative of Cartier-Bresson’s argument.

To be in the right place at the right time. If only we could. Santa Cruz has been the victim of numerous floods whenever the San Lorenzo River overflows its banks. In the photo above, rescuers transport an injured man to a waiting ambulance as a police officer assists. The sharp focused police officer is in contrast with the slightly blurred action of the rescuer and victim which I would argue injects a sense of speed into the rescue attempt. The scene works better as a result rather than if it were frozen by using a higher shutter speed.