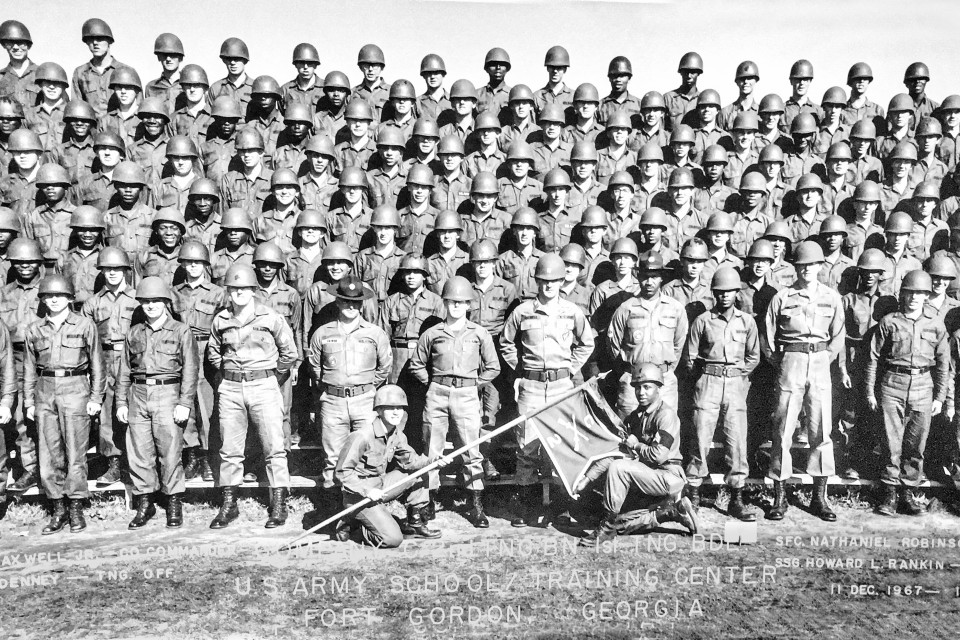 The image presented in this blog is not available for licensing. We present it as an homage to Vietnam Era veterans, their families and to all who serve in harm’s way to protect our country.

As it happened I did my basic training at Ft. Gordon at approximately the same time as this photo illustrates. My class began in February ’68 and ended the beginning of April ’68. There were many classes going on simultaneously as this was at the point during the Vietnam War when the U. S. was drafting 30,000 men a month. After basic training I left for my next duty station in Baltimore, Md. arriving there on April 4, the same day that Dr. Martin Luther King Jr. was assassinated. Rioting in Baltimore was extreme. I was handed a .45 cal. pistol and told to guard the main gate. So began my military service.

I could not tell you of the exact basic training unit that I was in at Fort Gordon. It is all pretty much of a blur after all these years. The unit shown in this photo is Company C, 2nd Training Battalion, 1st Training Brigade. I doubt if I had actually met any of these men while going through basic training as the units were separated from each other. But we are all brothers forever. The memories never go away.