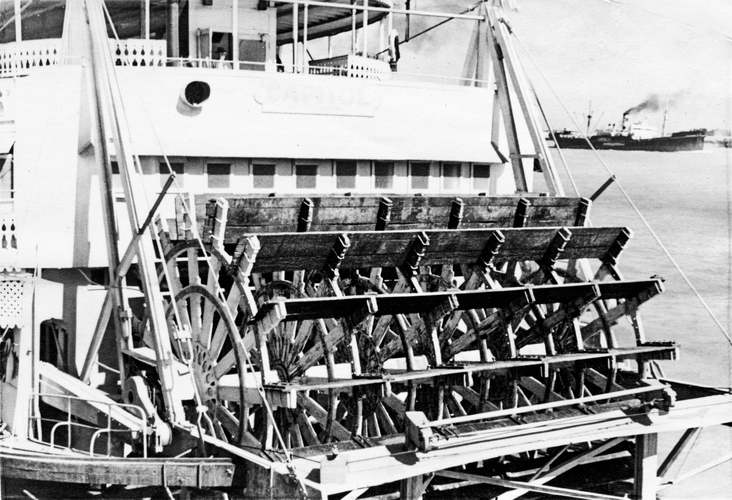 Big wheel keep on turning. Well, you know the rest of the song. This is a photo taken in 1935 of the sternwheel steamship “Columbia” on the Mississippi River at New Orleans.

What is significant is that this same sternwheeler was photographed by one of the best known photographers of the Farm Security Administration, Walker Evans. Those photographers took several hundred thousand images depicting the Great Depression many of which can be found in the collections of the Library of Congress. Walker Evans’ style has had a great influence on me, but I also enjoy the work of Dorothea Lange, Carl Mydans, Jack Delano and Russell Lee among others. Despite the huge volume of images these photographers created they could not capture all possible situations. At DPI we do our best to fill in what they may have missed, and hope that they know that some of us were moved enough by their work to carry on the tradition of documentary photography which they inspired.

Our contribution as the lead photograph is “Columbia Sternwheeler“.  Taken on an angle to the stern this image captures the essence of the paddlewheel steamships of the era. Below is Walker Evans’ famous photo of the “Columbia” as shot from a point off the bow. 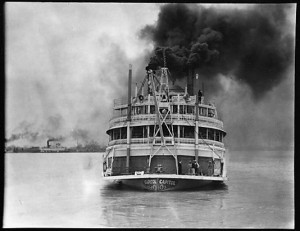