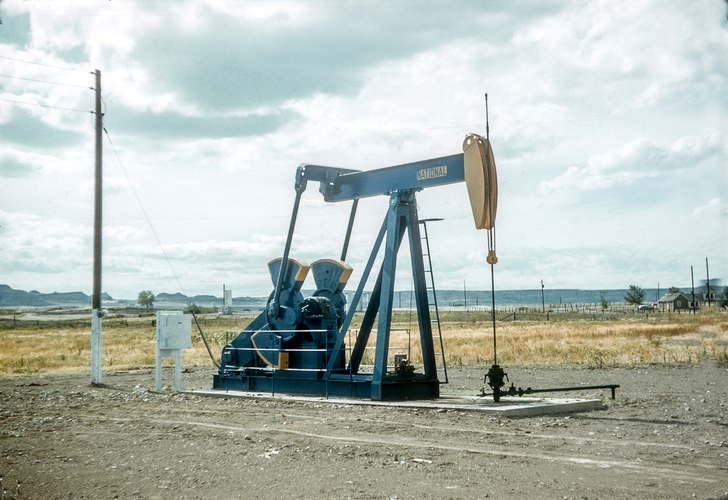 According to a report in the Wall Street Journal of August 21, 2017 (pp. B1-B2) the iconic oil pump jack is making a comeback among small and medium sized oil companies seeking to turn a profit despite an oil glut. These pump jack oil wells can be set up for under $1 million as compared to a fracking oil well running between $6 million to $8 million. We have several images of oil pump jacks including this recent arrival of a National Oil Company pump jack in Montana (August 1956).

An iconic, twilight image of a pump jack is “Oil Rig in the Sunset“; Alexander, Texas (March 13, 2017). Photo was taken by our contributing photojournalist, A. Michael Uhlmann. 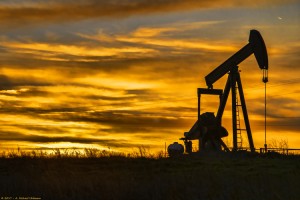 Oil rig is part of the Bend Arch – Fort Worth Basin in North Central Texas, between Alexander and Stephenville in Erath County.