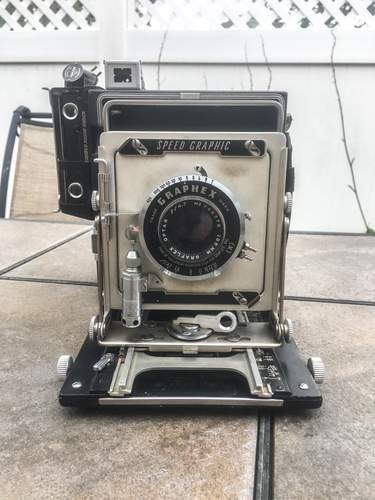 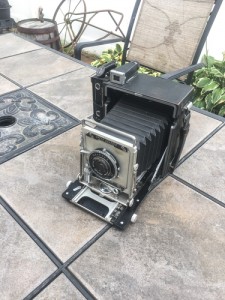 DPI has just acquired a Graphex “Speed Graphic” press camera circa 1951. Korean War vintage. This is the camera that put photojournalism on the map.  It represents the “Holy Grail” of photojournalism.

It was used by photographers of the Farm Security Administration during the Great Depression. The “Speed Graphic” was used extensively by many press photographers including Weegee. Joe Rosenthal shot the raising of the flag on Iwo Jima with a Speed Graphic and won the Pulitzer Prize.

Our “Speed Graphic” is not for sale.  However, the images are available for licensing.