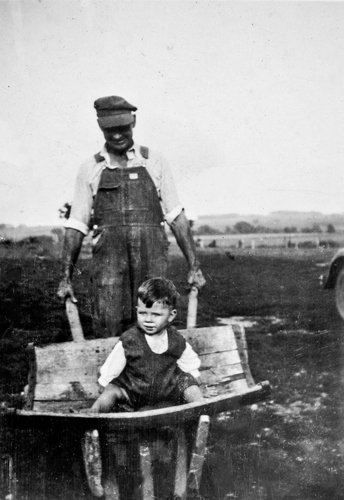 All things being equal I believe that most photographers choose to take well focused images. However, there are certain situations where a soft focused image works much better. In the creative world of advertising, motion in a photograph created by blurring or panning adds a new element into an otherwise static, two dimensional image. This practice is also used in sports photography to great effect. But what about photojournalism and documentary photography?

Two examples of successful, soft focused images that have been acclaimed are shown below. Sometimes this photo is known as “The Falling Soldier” or “The Moment of Death”. The exact title of this work by Robert Capa during the Spanish Civil War is: “Loyalist Militiaman at the Moment of Death, Cerro Muriano” (September 5, 1936).  For his efforts in reporting on the war Capa won a Pulitizer Prize. 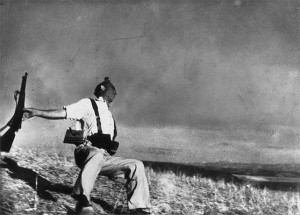 Arthur Rothstein was one of the photographers hired by the Farm Security Administration to document the suffering during the Great Depression. His image, “Dust Storm, Cimmaron County, Oklahoma” (April, 1936) is widely acclaimed, perhaps surpassed only by Dorothea Lange’s “Migrant Mother” as symbolic of the Dust Bowl. Cimmaron County is in the Oklahoma panhandle, and was one of the hardest hit areas in the Dust Bowl. The soft focus is a result of the dust storm swirling at the time the photo was taken. Unintentional or not the dust adds a sense of realism to the image that was not possible by any other means 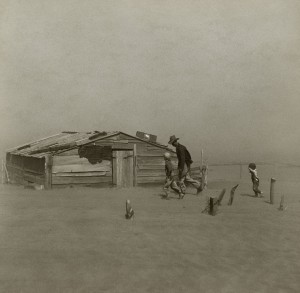 DPI’s contribution to this discussion pales by comparison, I know. They say that imitation is the sincerest form of flattery. Did not the Romans copy Greek architecture? The Romans even gave new names to Greek gods. For us at DPI comparison of our images to any of the masters is done to pay homage to their contribution to society thus perpetuating their style into modern times. Coincidentally, the lead photo in this blog we call “Father and Son”; U. S. was also taken at about the same time as Capa’s and Rothstein’s famous photos, 1936. Note that the farmer is slightly out of focus while his son remains sharp. Probable cause is slight movement by the father or use of a telephoto lens focused on the son.