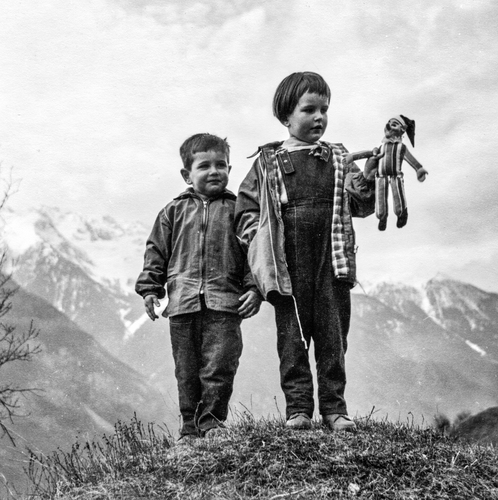 W. Eugene Smith was a master of the photojournalism essay. I became aware of his work in doing research on the Battle of Saipan in which my father fought. Smith was there and documented the aftermath of the Japanese banzai attack on July 7, 1944. There were other photos that he took on Saipan of the interaction between U. S. soldiers and the local children. After the war, Smith documented the effects of mercury pollution in Japan in his essay Minamata.

Despite this important contribution to history, Smith is perhaps best known for his photo “Walk to the Paradise Garden” seen below. The photo was taken of his children at his home in Tuckahoe, N. Y. (1946). Our lead photo is entitled “Bavaria“. The inspiration for this fine image taken in Kempten, Germany (1959) was Smith’s photo of his children. I would like to think that he would approve. 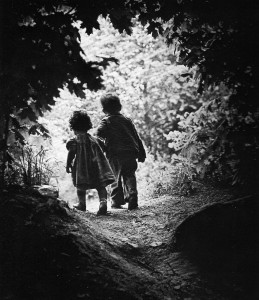