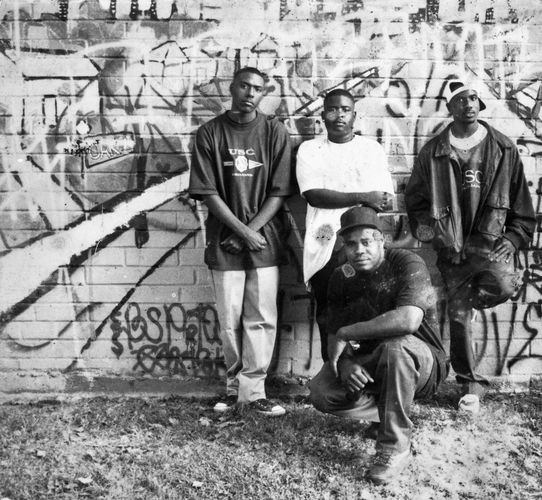 When we first saw this image we were reasonably comfortable in saying that these men were not currently attending classes at USC. Los Angeles, California a/k/a/ the gang capital of the United States. Not only is Los Angeles populated by members of the Latin Kings, Bloods and Crips, in no particular order, but many other gangs as well perhaps not as well known outside of California. In viewing this image we quickly determined that these men were not members of the Latin Kings. Research indicted that the image was taken in Lakewood which is more or less Crip territory, but not exclusively. Street names of the men in the photo were provided, and it seemed that the evidence led to a conclusion that these men were Crips. However, the school colors of USC are crimson and gold so a Crip would not be wearing USC sweatshirts in those colors. The men also display battle scars and what appears to be blood stains on their clothing. We conclude that these men are members of the Bloods unless otherwise corrected.