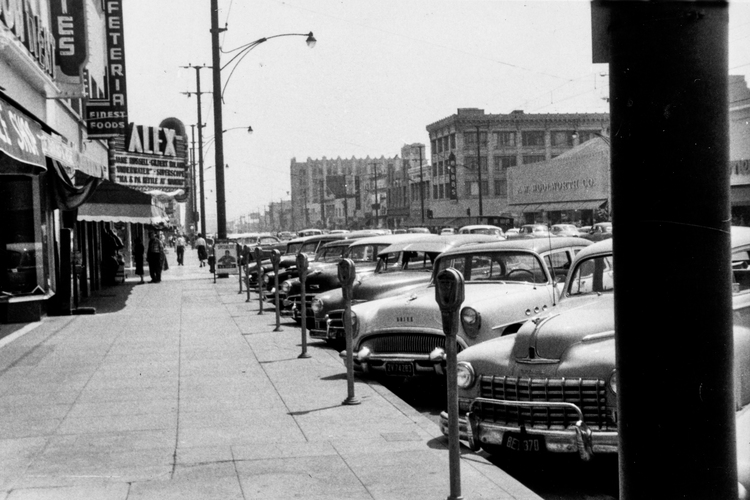 It is unfortunate that John Vachon’s name does not immediately come to mind in the discussion of the Farm Security Administrations’s photographers during the 1930’s. Dorothea Lange is perhaps the best known, but others such as Walker Evans, Russell Lee, Arthur Rothstein and John Vachon seems to fall into a second tier. This is unfortunate. Vachon’s work was unique compared to some of the other FSA photographers, and it is for that reason that his photographs made a strong impression on me. Some of his photographs were taken during a rain storm. His image of diagonally parked cars in “Omaha, Nebraska 1938” shown below inspired me to try and in some way to duplicate his style. I would like to think that “Alexandria, Indiana 1955” would meet Vachon’s approval. 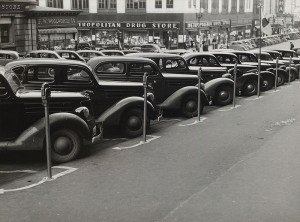