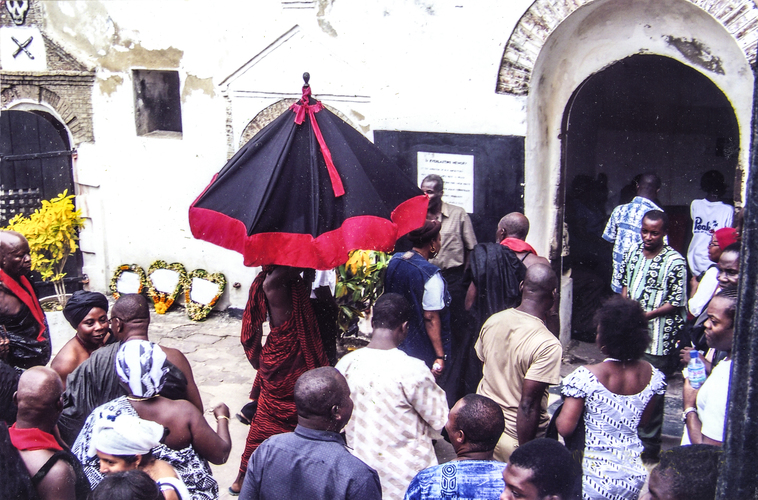 In the film “Amistad” (2007) the Lomboko slave fortress located in modern day Sierra Leone played a major role. It was not the only trading post used by slavers in those times. Shown in this blog is “The Slave Fortress: Elmina Castle” (July 2009). It is located in the city of Elmina, Ghana. Worldwide visitors come to pay homage and to lay wreaths. Note the depiction of a skull in the upper left corner of the photo. Visitors are entering the dungeons where slaves were held. Let us not forget the role played by Jamestown in 1619 on this 400th anniversary. For a more complete understanding of the history and the role played by Elmina Castle see: https://en.wikipedia.org/wiki/Elmina_Castle.