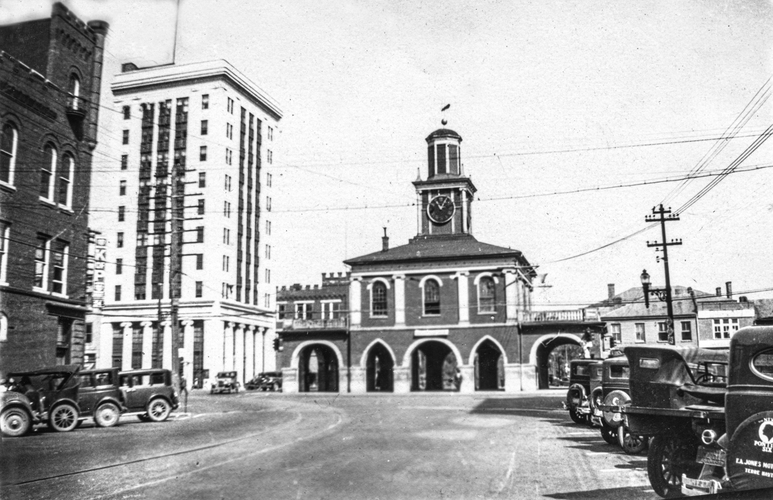 I had the opportunity to be in Fayetteville in the summer of 1968. I said be, not visit. This was during the time of my military service, and Fayetteville is just down the road apiece from Ft. Bragg. The Market House is the focus of the town. It lies at a crossroads, but for me I was only concerned with Hay Street, which lies to the left of this blog image from the Market House and is opposed to the right by Person Street.

As I can recall Hay Street was the center of activity. Lined with shops of all kinds. Upscale I suppose for Fayetteville, but like other towns near army bases it had it share of establishments catering to soldiers. Person Street by contrast was quiet and more industrial. There was a clear divided between these two neighborhoods. At the center of all this was the Market House. It was known to me at the time as the old Slave Market House as it had a history of slaves being put on the auction block in the first half of the 19th century. I can tell you that I could feel the presence of that time as I walked through the building. It is something that I will never forget.

I don’t believe in revisionist history. I think that chips should fall where they may. Fayetteville was not alone in holding slave auctions as many towns and cities can point to similar sites. To simply whitewash evil out of existence should not be possible. History must be studied to include topics that may be difficult for some people to come to terms with.

“Market House“, Fayetteville, North Carolina (1928). As it was 40 years before my arrival.