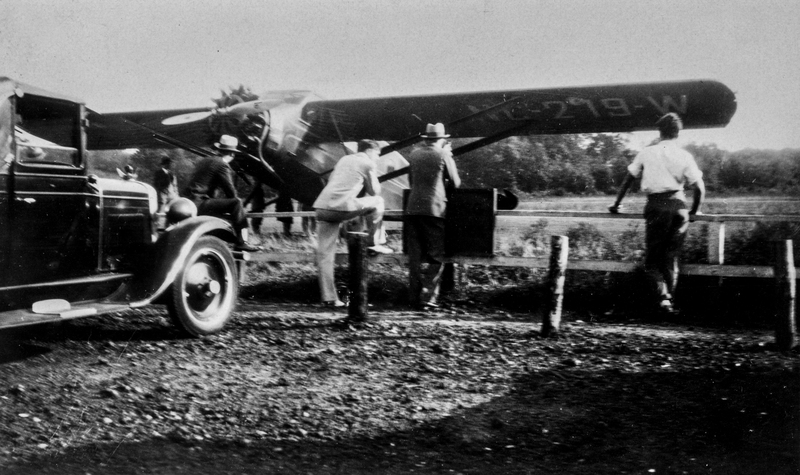 So said Raymond Babbitt played by Dustin Hoffman in Rain Man (1988). He was correct if you only are concerned with Qantas in the jetliner age.  Qantas has just completed a test run from New York to Sydney in 19 hours 16 minutes. So for Raymond it will not take as long to get to Australia so as to get to Los Angeles to be with his brother Charlie and see Fernando Valenzuela pitch for the Dodgers.

All kidding aside this is a major accomplishment for the airline industry. Lindbergh’s flight in May 1927 from New York to Paris, a distance of 3,600 miles, took 33 1/2 hours by comparison. As a tribute to Qantas we present in this blog “Spirit Airplane“, New York State (May 15, 1929). Tail number NC-279-W. One of several planes patterned after Lindbergh’s Spirit of St. Louis by the Spirit company.