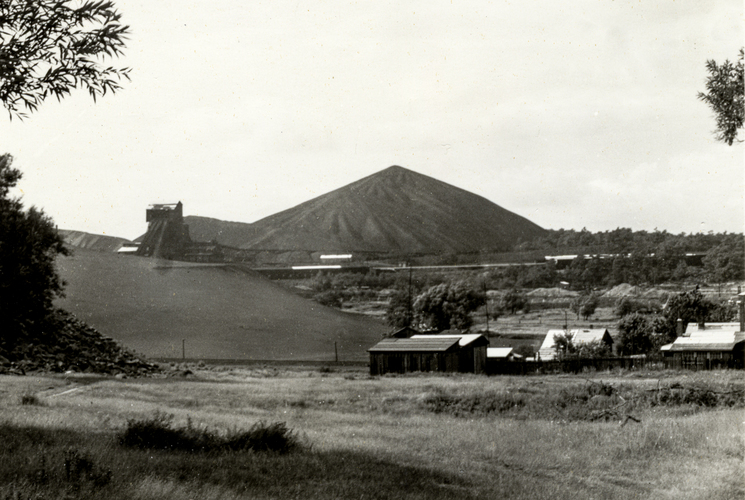 Coming of age in Brooklyn, N. Y. the only coal I remember seeing was as a very young boy when the coal truck came and coal was sent down a chute into the coal bin of our apartment building. The superintendent would roll out cans of ash for collection days later. This did not last long as oil became the fuel of choice.

Many years later I had heard about the situation in Centralia, Pennsylvania where an underground coal fire sent fumes into the town forcing evacuation. I traveled one day to Centralia. Centralia is northeast of Harrisburg and northwest of Allentown in coal country. Passing through Ashland I saw that the cars were covered in black soot from the mines in the area. Everything seemed to have this coating of black soot. I could not imagine how people could live there under these conditions. I noticed what I thought was just the mountainous terrain of the location until I realized that these were artificial mountains composed of strictly coal dumped from the surrounding mines. Our photo “Pennsylvania Coal Mine” (1937) reminds me of sights seen on my trip. When I arrived in Centralia I saw that the town was mostly a ghost town. Empty buildings guarded by police cruisers. Smoke coming up through the streets. A surreal scene to be sure.