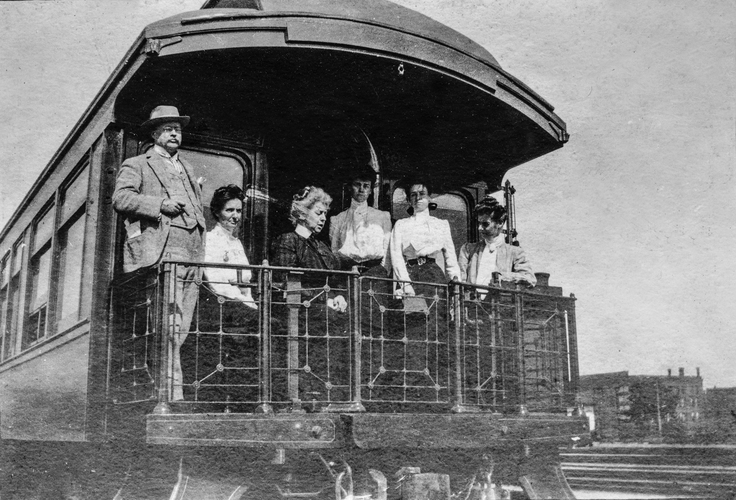 President’s Day this Monday! Heck, how about President’s Week? Let the retail season begin. Whatever happened to Lincoln’s Birthday and Washington’s Birthday? It worked for me. Is nothing sacred anymore?

As for me, my favorite President of the modern era was Theodore Roosevelt. Aside from his many accomplishments it is worth remembering that his mother and wife died on the same day within hours of each other on Valentine’s Day (February 14, 1884). Life can be very cruel. If you have the opportunity I suggest that you visit the Roosevelt home at Sagamore Hill and its museum on the grounds.

“T. R. in Omaha“; Omaha, Nebraska (September 2, 1910). Theodore Roosevelt on a whistle stop tour of the West in preparation for another run at the presidency in 1912.