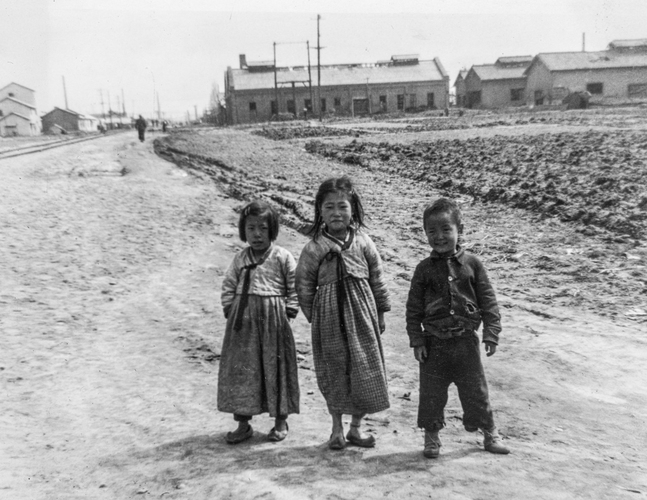 It has been said that imitation is the sincerest form of flattery. This photo of Korean children standing on a road during wartime does just that. Inspiration for us is Nick Ut’s Pulitizer Prize winning photo of Phan Thi Kim Phúc, the “Napalm Girl”, running down a road in Vietnam following a napalm attack (1972). While we do not believe that “Victims of War“, Korea c.1953 win also win a Pulitizer Prize we pay homage to Nick Ut and hope that he would approve.