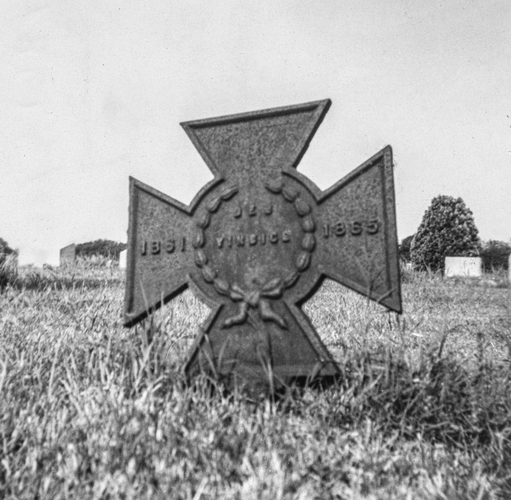 I must admit that I was a bit taken aback when I first viewed this image. An Iron Cross in an American cemetery? The image seemed to make a statement, and a good photo is one that has something to say as this one clearly represents. This is in fact the grave marker of one Ephram J. Elliott who was a Civil War veteran for the Confederacy and is buried in Wynnewood, Oklahoma. The grave marker is the Southern Cross of Honor.

It should be noted that the Iron Cross predates the one used in Hitler’s Nazi Germany by at least a century. This eight pointed cross is used by many organizations including the Veterans of Foreign Wars and local fire departments. French knights hospitaller wore this version of the cross on their garments during the Crusades. Jumping to conclusions may not always lead to correct outcomes.