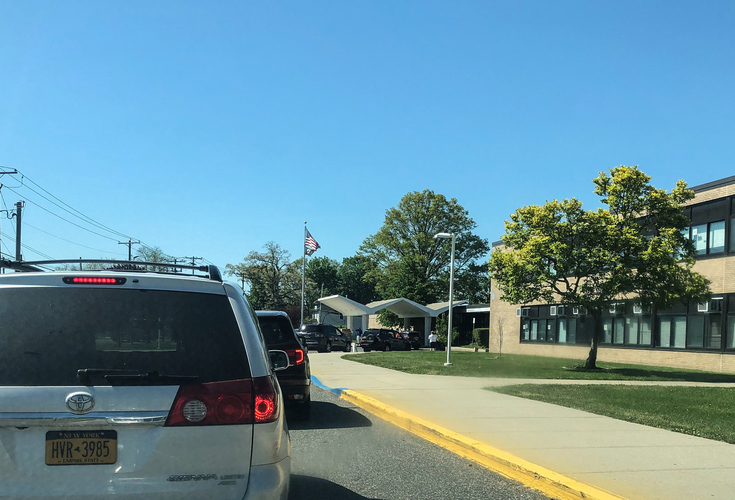 History tends to repeat itself but not exactly. Are we headed for another Great Depression? Probably not as there is a safety net which did not exist in the early 1930s. Social security, unemployment insurance, Medicare, Medicaid, etc. Yet there are disturbing signs of the 30s all around us such as this food line at the North Babylon High School. At least we can now line up in our Toyotas, Jeeps and BMWs. I even noticed one fellow in his Corvette this morning. Not like the bread lines of the 30s for sure.

Unemployment is close to 39 million this morning. Probably somewhere between 15 and 20 per cent of the workforce. During the Great Depression it was close to 25%. At least 75% were still employed so if you were in that group things might not have seemed so bad. If you have been following DPI online for the past 11 years you may have seen some photos taken during the Depression of folks with brand new cars. So these economic situations have an uneven effect on the population. Poverty is just paycheck away. You can see the results of poverty quite clearly now in our communities of color. One thing that people did not have to deal with during the Great Depression was a pandemic. However, there was great sickness in the land particularly in the mid-West as a result of flooding which brought typhoid, meningitis, pneumonia, and flu just to name a few diseases. Results of the Dust Bowl destroyed the lungs of many children. Maybe that’s why they called it the dirty 30s?