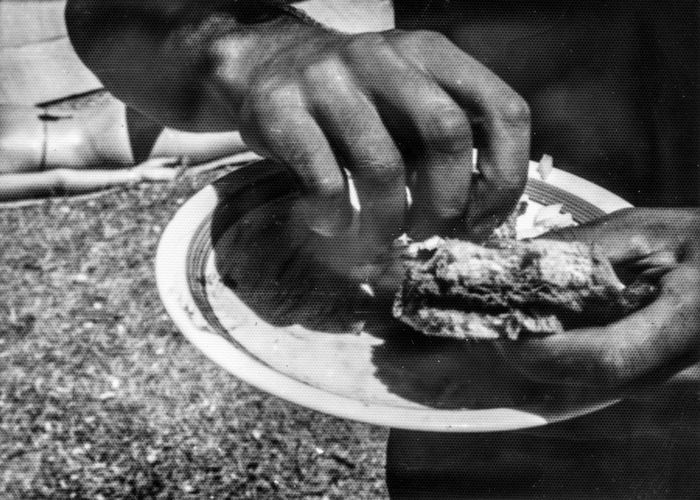 An issue that more and more of us can now relate to as a result of the impact of COVID19. As we line up at the food bank each morning we connect with those around the world for whom hunger is endemic. This photo “Hunger” c.1960 connects us to the work of Dorothea Lange during the Great Depression. Perhaps we are not that far removed from another Depression as what goes around comes around albeit in a slightly different format.

This photo could have been taken in the U. S. during the Great Depression but it was not. It came to us by way of Serbia! As we tracked the shipment of this photo to us in New York I could not help but be reminded of a scene in “From Russia With Love” (1963). As Bond is trying to get out of Yugoslavia with the Lektor he has to deal with Russian agents and SPECTRE.  He travels on the Orient Express and a map of the route is shown as the train makes it way north. So it was with this photo as it departed Beograd (Belgrade), Prijem, Otprema, Prevoz, Zagreb back to Otprema and thence to New York. I was hoping that SPECTRE would allow it to get through customs.