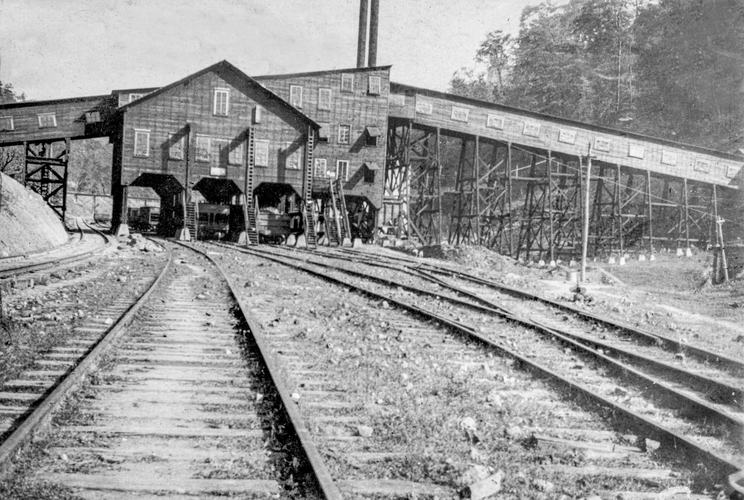 Do photographers see the world differently from the rest of us? Perhaps. I think that photographers over time develop an awareness of their surroundings concerning patterns, light and shadows, composition and juxtapositions. The leading photo for this blog is “Coal Loading Building“; Betsy Lane, Kentucky c.1921. Eastern Kentucky. I have seen photos of coal loading buildings before. The concept is that the coal hoppers enter the building on the railroad tracks and coal is fed into the hoppers from above. But this photo moved me in ways that I had not experienced previously. Maybe it was the low angle at which the image was taken. Maybe it was the railroad tracks. I believe that although the low angle and the tracks were an important part of the image, the shape of the openings in the buildings through which the coal hoppers pass connected my mind to a far more sinister operation. Could it be? Could it be?

The “Main Gate” (1979), Auschwitz-Birkenau, Oswiecim, Poland. The tracks, the gate and the selection ramp. Was Auschwitz part of a coal company’s operation before it became a death camp? Such a well known photo connected to the Holocaust, but had anyone made it out to be something more before its horrific connection? Research shows the this building was indeed part of the Janina Coal Company’s operation before the Nazis invaded Poland. After all, the Nazis did not invade simply for the kielbasa, in part, the coal of Poland was necessary for their war effort. Perhaps this location was chosen for the extermination camp as the nearby coal fields supplied fuel for the crematoriums. 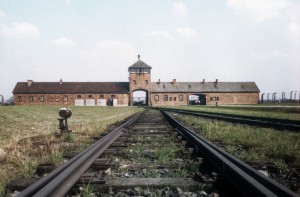