Today was a day of thanks and remembrance in Gaza City. The people turned out during the day to celebrate the brokered ceasefire accomplished by Egyptian President Abdel Fattah el-Sisi between Hamas and Israel. In the evening, children of Gaza City held a candle lighting ceremony on rubble in Gaza City. Photos by Mohamed el-Saife/DPI.

As the situation in Gaza City continues to unfold, Hamas militants conduct an anti-Israel rally. Photos by Mohamed el-Saife/DPI.

What is victory? Maybe all victory is fleeting. What does victory mean for the Palestinians living in the Gaza Strip? Does it mean that they are happy to have survived the bombing? Does it mean that they are edging closer to having their own state? Do they believe that their enemy is defeated? Is there a long game here that they are playing? War is horrific no matter when or where or who is involved, and the innocents always suffer and will continue to do so as long as a lasting peace remains elusive. The history of mankind does not support the argument that war will be no more. It just goes on and on and on. New faces to be sure. Maybe it is something ingrained in humankind that has become part of our collective DNA. This brings us to an armistice between two warring parties in this blog, Palestinians living in the Gaza Strip under the Hamas government and the State of Israel. DPI’s war correspondent in Gaza City, Mohamed el-Saife, has contributed this collection of photos showing Palestinians in Gaza celebrating the announcement of the armistice. 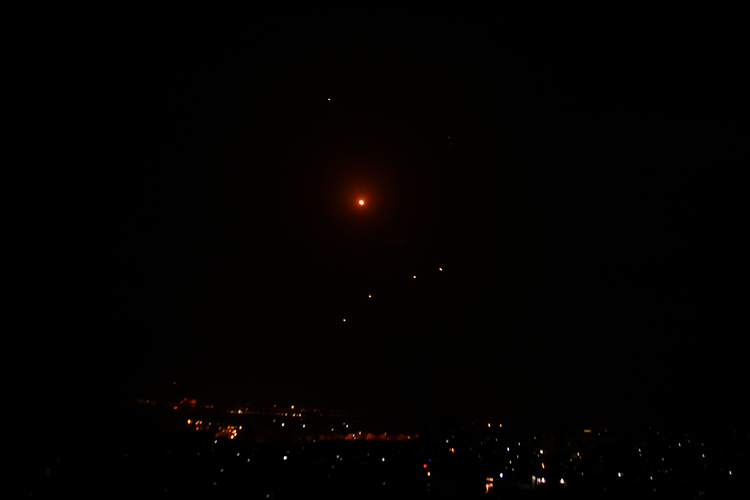 It has been said that one man’s terrorist is another man’s freedom fighter. And so it goes on and on and on. To what end? Last night it came to Gaza once again. Mohamed el-Saife is DPI’s correspondent in Gaza City, or should we now say war correspondent. To photojournalism access is everything, and we just pray for his safety. To Palestinians this is a photo of a “Resistance Missile Over Gaza” after launch on the night of May 10, 2021. To others it is seen as a rocket attack from Hamas. The only thing that is sure is that innocent civilians including children will continue to die. 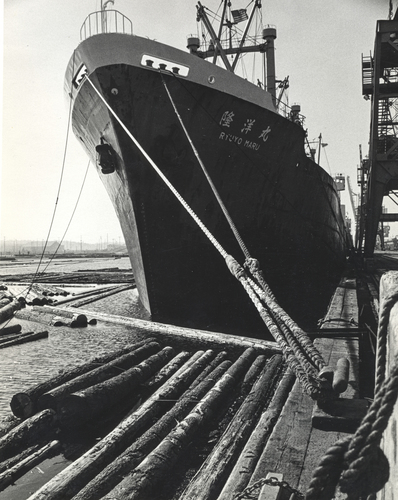 Ships make great subjects for photographers. Some ships. We like this ship in particular that is named Ryuyo Maru. But there is a problem with taking photos of ships and that is in the identification. Not that ship identification is above my pay grade, but the issue is complex. Many times the name of a ship is reused as one is retired from service only to be replaced by others using the same name. So you may have several ships bearing the same name. Ships are scrapped, destroyed by war, torpedoed, they sink in storms, or hit a reef and sink. They are sold to other nations and renamed. It does make identification challenging. Not impossible just challenging and time consuming. There is a limit as to how much research one is willing to put into this endeavor. As is this case with the “Ryuyo Maru“, c.1970 we are only not certain of the date of the photograph but the location as well. Ryuyo Maru is not the name of the ship rather it is the name of the Japanese company that owns this particular ship, and it is just one of many ships having the same name. So a shipping company might have 20-30 ships in inventory numbered sequentially based on the launch date.

We say that not all photos of ships make great subjects. In fact, if not shot correctly, they seem rather boring to us. In the case of the Ryuyo Maru it is the low angle on the bow, the perspective at which the photographer saw his subject. Moreover the strong diagonal lines created by the mooring ropes and the dock with the logs creates tension in the image. This is what diagonal lines contribute in any photo. 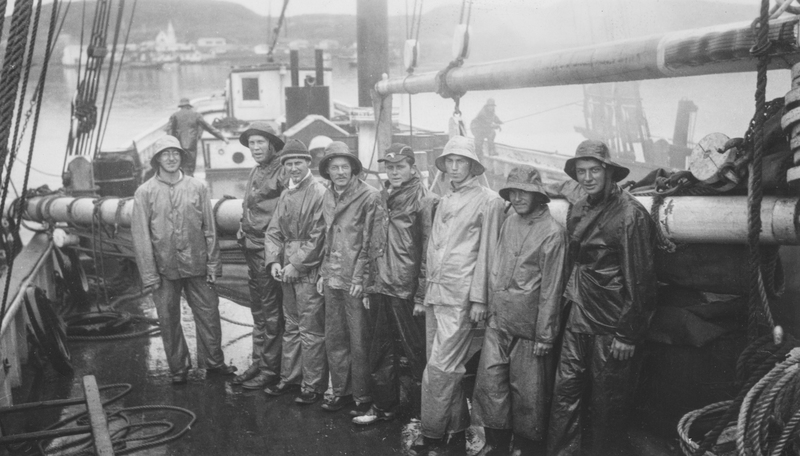 No information accompanied this image, “Crew of the Sloop” c.1966.  So here goes. We assess that this crew is onboard a sloop. Definitely not the Sloop John B. Sorry, Bee Gees. This may be one of the last of the whalers operating out of the west coast of the U. S., possibly San Francisco, Oregon or Washington State.