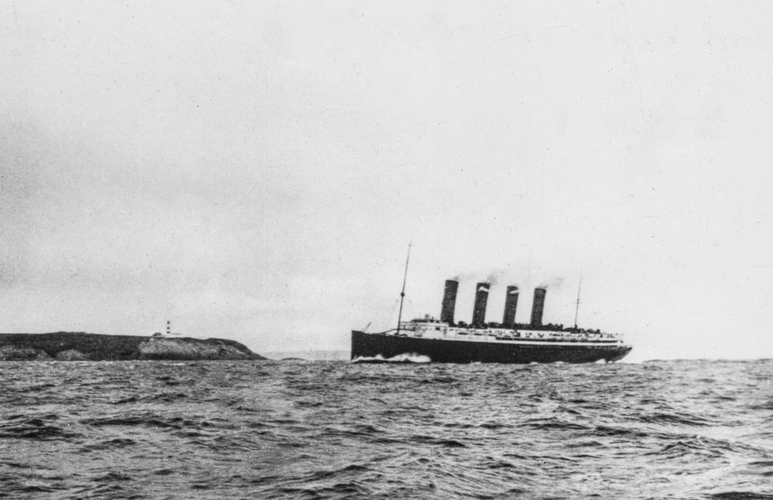 Our research indicates with a very high degree of confidence that this was the last photo taken of RMS Lusitania before she was torpedoed off Head of Kinsale, Ireland on May 7, 1915. The lighthouse at Head of Kinsale is visible in the background. The Lusitania had made several hundred transits across the Atlantic between Europe and the United States so her speed and heading were well established. At a top speed of 29 knots she could outrun any U-boat in open waters. But the Lusitania was torpedoed twice on her starboard side. This means that the U-boat would have had to be lying in wait between the coastline and the ship giving it time to set up the angle on the bow and calculate distance and speed. The sinking of the Lusitania was no chance encounter. Based on speed of the ship in this photo and the fact that she was hit 11 miles SSE of Kinsale, this photo was probably taken about half an hour before the attack. The great ship sank in 18 minutes.