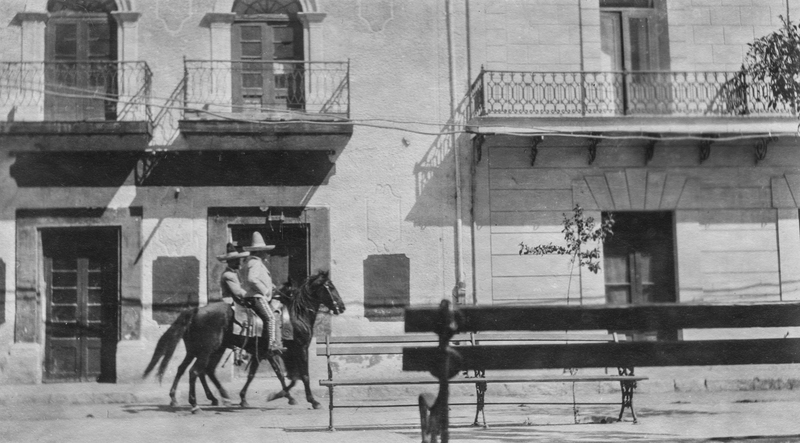 A very special, newly acquired photograph. Our first title was supposed to be “Los Vaqueros” (The Cowboys) even though we had hoped that upon investigation we had stumbled upon something more valuable. Notice the removed wall plaques which would be consistent with actions taken toward l’ancien regime during a revolution. What we have here, in fact, is a scene taken during the Mexican Revolution c.1917. Signature on the new plaques on the wall bears that of Emilio Zapata. So our new title is “Los Zapatistas” as these vaqueros are most likely supporters of Zapata. That being the case the best guess as to the location of this scene seems to be in Cuernava in the state of Morales. Viva Zapata!