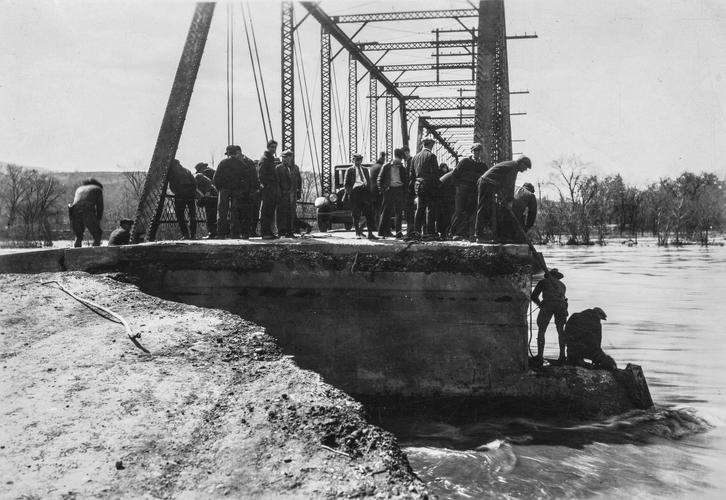 Dangerous work. A cofferdam gave way and five workers were killed and another two were injured.  If you look closely you can see a law enforcement officer on either side of the bridge. Notice the pistol on their hip. This photo was taken 10 days after the collapse by Lent. Date of the collapse was April 12, 1929 during the construction over the Grand River in Lansing, Michigan.